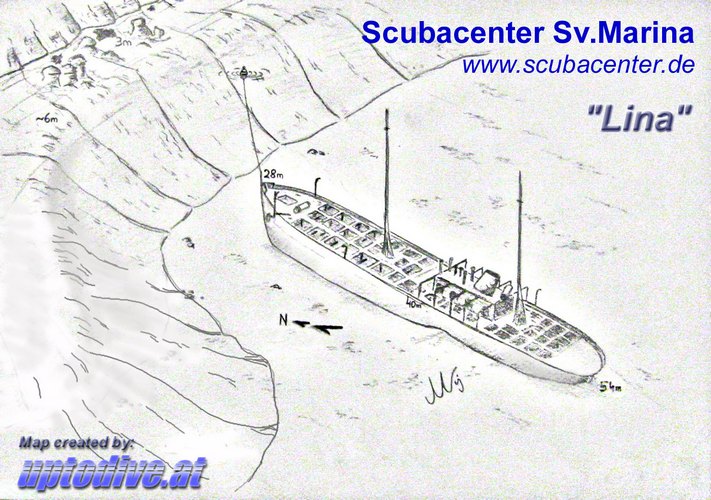 Lina was cargo-vessel travelling to Italy. It sank in january 1914 during a snow storm. The highest part is the bow on -27m. The stern lies on -52m which makes the dive suitable only for expert divers. Lina is found in valley Smredeca, well protected from the local wind Bura. In summer the horizontal visibility is often over 40m, so she is often completely visible from the surface. There is always a lot of fish around the wreck, but usually Lina keeps all the attention. There are also two small caves on -3m which makes the safety stop also more enjoyable.